It’s officially been one week since Thanksgiving, the All-American holiday that sometimes gets overshadowed and under commercialized by it’s not so distant cousin, Black Friday. The annual holiday is overflowing with marketing opportunities that often get missed out on, so we’ve put together a list of our favorite Thanksgiving ads of all time.

Stove Top is one of those brands that is definitely recognized for Thanksgiving. Every year they come up with a creative ad campaign and 2015 they wanted to expand beyond the holiday season. Most people love stuffing, but for some reason people only eat it one day a year, Thanksgiving. Stove Top wanted stuffing to be enjoyed far past the season between Thanksgiving and Christmas – “stuffing season”, so they introduced the “Artisanal Hipster Pilgrim” in a witty ad campaign that expanded over Youtube, Facebook and Instagram, which ultimately helped people realize that Stove Top is available all year long.

Thanksgiving is also known as one of the busiest shopping seasons of the year as everyone starts purchasing gifts for Christmas. For some who actually work in the retail business, it can mean more hours and time away from their family during the holidays. A company named REI started the #OptOutside campaign. The campaign announced that the company will close its offices and stores all over the country during the Thanksgiving holiday, to pay its employees to go outside to spend time with families, and explore the great outdoors together. This decision to close the company doors during the biggest holiday rush was a risk, but the unthinkable approach worked. It gained long term brand awareness and sent an authentic message that resonated with people.

Publix is another favorite of ours that always promotes family and togetherness. Their slogan that they released in 2016 was one of our favorites, “To the overcooked, the overfed, the overtime…” Thanksgiving togetherness is the thread that binds each of these ordinary moments (family arriving at your door, naps in front of the TV, etc.) together. Their parting message? “Here’s to the day that may not be flawless, but it’s always perfect.” Simple but very fitting.

One thing we can all give thanks for is innovative advertising and inspiring branding. 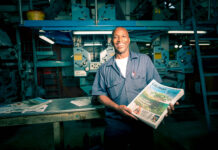 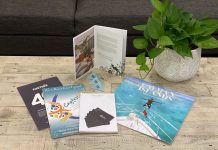 ABOUT US
Compass Media - We produce local content that informs, entertains and reflects the Cayman Islands' community on every platform. We are also the best-equipped print shop in Cayman.
FOLLOW US
© Compass Media Ltd.